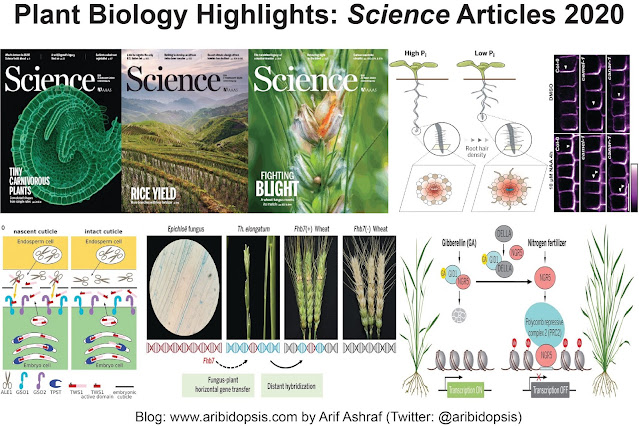 The cup-shaped leaves of carnivorous plants have evolved multiple times from ancestors with flat leaves. Studying development of the carnivorous trap in the humped bladderwort, Utricularia gibba, Whitewoods et al. identified genes similar to those expressed in surfaces of flat leaves. Ectopic expression and computational modeling reveals how slight shifts in gene expression domains make the difference between a flat leaf and a convoluted trap structure. Flexibility in growth rates in orthogonal polarity fields allows for diversity in shapes formed through development. 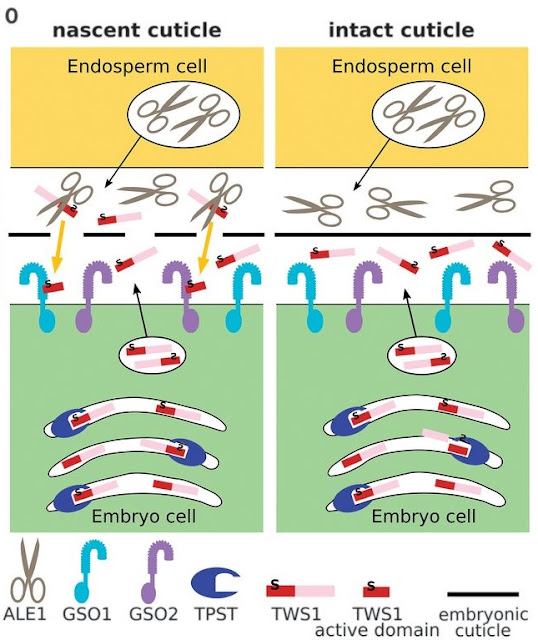 In a plant seed, the embryo lies dormant surrounded by nutritive endosperm while awaiting suitable conditions to germinate. A hydrophobic cuticle around the embryo protects it from catastrophic water loss during the early days of growth. Doll et al. identified a back-and-forth signaling pathway that ensures an intact cuticle. The precursor of a signaling peptide is made in the embryo and transferred to the endosperm, where it is processed into an active form. The activated peptide diffuses back into the embryo to activate receptor-like kinases that drive cuticle development. Serve and return continues until all leaks in the cuticle are filled in and the peptide can no longer cross the barrier.

For rice as an agricultural crop, more tillers, or branches that carry grains, are desired, as is less demand for nitrogen fertilization. Unfortunately, for many rice varieties, the number of tillers depends on the amount of nitrogen fertilization. Wu et al. now show that nitrogen status affects chromatin function through modification of histones, a process in which the transcription factor NGR5 recruits polycomb repressive complex 2 to target genes. Some of these genes regulate tillering, such that with more nitrogen, the plants develop more tillers. NGR5 is regulated by proteasomal destruction and mediates hormone signaling. An increase in NGR5 levels can drive increases in rice tillering and yield without requiring increases in nitrogen-rich fertilizer. 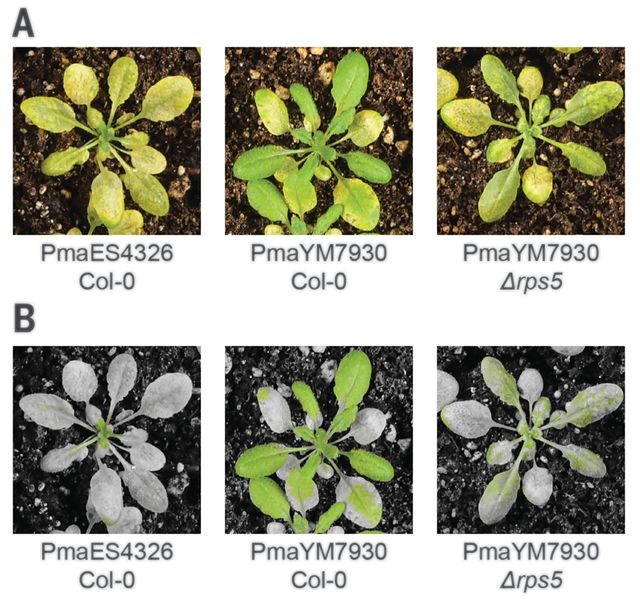 Plant pathogens elicit an immune response through effector proteins. In turn, plant genomes encode genes that determine species-specific recognition of these effectors by a process known collectively as effector-triggered immunity (ETI). By examining a range of strains of the pathogen Pseudomonas syringae that infect the model plant Arabidopsis thaliana, Laflamme et al. generated a P. syringae Type III Effector Compendium (PsyTEC) and in turn identified the genes responsible for ETI in Arabidopsis. This pan-genome analysis revealed that relatively few A. thaliana genes are responsible for recognizing the majority of P. syringae effectors. These results provide insight into why most pathogenic microbes only infect specific plant species. 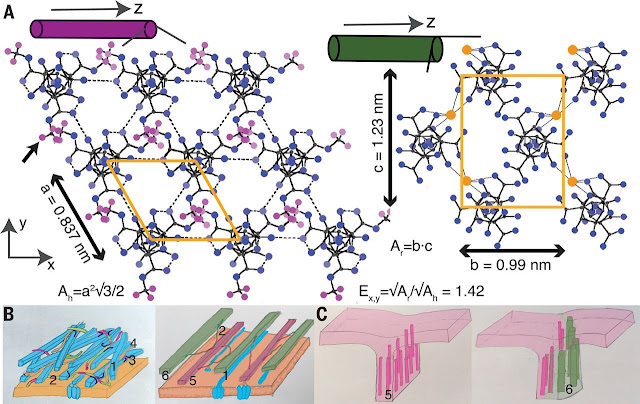 In the model plant Arabidopsis, pavement cells fit together with the lobes and curves of jigsaw puzzle pieces. Such complex cell shapes, in plants, were generally thought to be driven by turgor pressure. Haas et al. now show that the extracellular cell wall can actively shape the cell it contains without relying on turgor pressure. Nanofilaments of pectin homogalacturonan in the cell wall shift between crystalline and anisotropic phases according to whether they are methylated. The shift in form drives changes in cell wall shape that stand independent of turgor pressure. 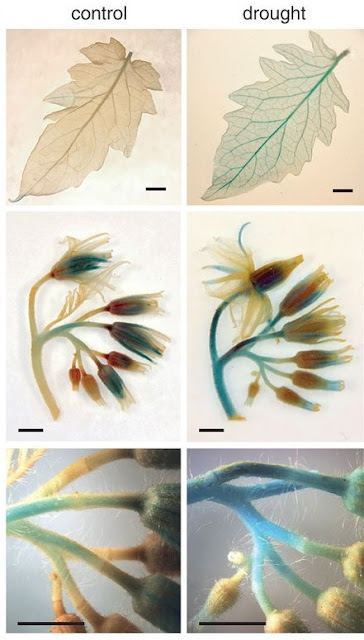 Plants faced with drought, or simply not quite enough water, may be more likely to drop their fruit prematurely. Reichardt et al. found that a small signaling peptide hormone, phytosulfokine, which was previously known for its ability to regulate plant cell growth, also drives fruit abscission. Processed, and thus activated, by a subtilisin-like protease, phytosulfokine in turn drives expression of the hydrolases that degrade the cell walls in the abscission zone, leading to dropped fruit. 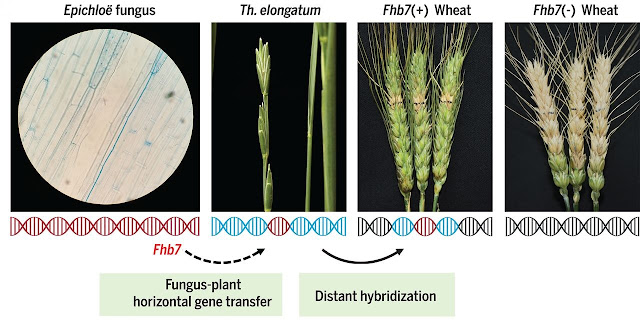 Fusarium head blight (FHB), caused by a fungus, reduces wheat crop yield and introduces toxins into the harvest. From the assembly of the genome of Thinopyrum elongatum, a wild relative of wheat used in breeding programs to improve cultivated wheat, Wang et al. cloned a gene that can address both problems (see the Perspective by Wulff and Jones). The encoded glutathione S-transferase detoxifies the trichothecene toxin and, when expressed in wheat, confers resistance to FHB. 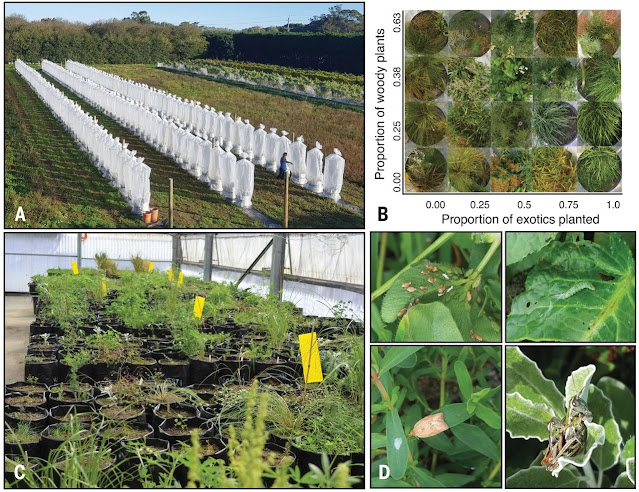 Invasive exotic plants have become a major problem worldwide, with transformational effects on the composition and function of ecosystems. In a multifactorial experiment in New Zealand, Waller et al. show that exotic plants accelerate carbon loss from soils through their interactions with invertebrate herbivores and soil biota. They built 160 mini-ecosystems in the field, manipulating interactions among plants, invertebrate herbivores, and soil biota. Key biological and abiotic responses were measured to quantify the relative contribution and interactions of the components of each community, revealing the potential of invasive plants to influence and suppress carbon sequestration through biotic interactions. 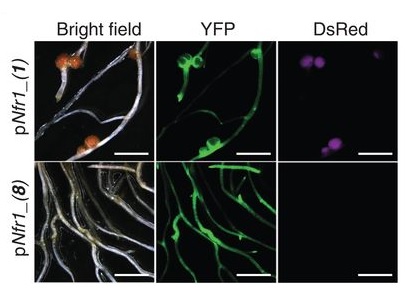 Lysine motif receptors in plants perceive glycans that signal the presence of pathogenic or symbiotic nitrogen-fixing microbes. Bozsoki et al. now define the portions of these receptors that create the discriminatory binding pocket. The motifs were conserved in receptors that initiate immune responses, reflecting the invariable nature of the chitin fragments that they sense. Conversely, the motifs in receptors that respond to symbiotic signals were more varied, reflecting the greater diversity of the lipochitooligosaccharides (Nod factors) that they sense. With domain swapping, the authors switched the Nod factor specificity of receptors from two legume species and also enabled a chitin receptor that was otherwise dedicated to the detection of pathogenic microbes to instead recognize Nod factors. 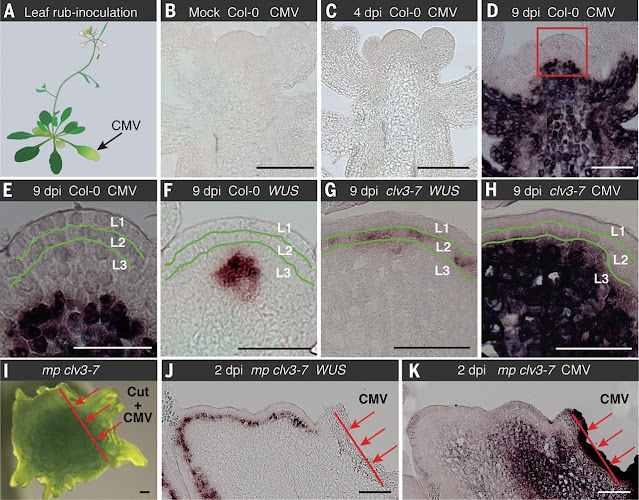 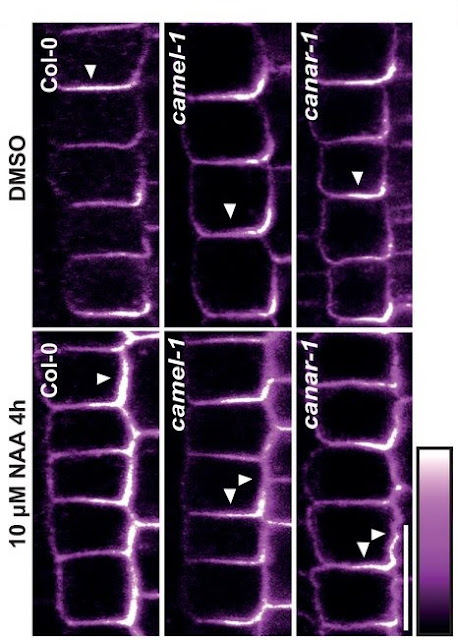 Auxin signals travel through pathways in developing or regenerating plant tissues to guide tissue formation. Hajný et al. now show that an auxin-regulated receptor in turn regulates phosphorylation and thus subcellular localization of an auxin transporter. Through this signaling pathway, auxin builds the pathways through which it is transported, guiding development as it goes. 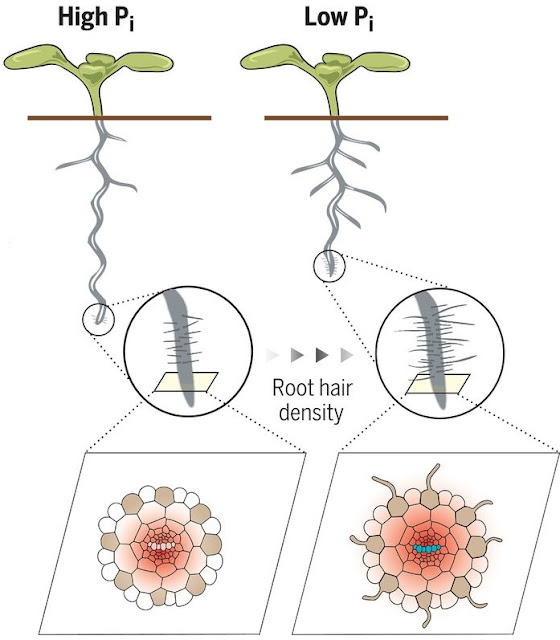 Phosphate is a key resource for plants, and remediating phosphate deficiency drives considerable fertilizer use. In low-phosphate conditions, roots make more root hairs, which makes them better able to take up what little phosphate can be found. Wendrich et al. performed single-cell transcriptomics on the developing Arabidopsis root and queried the resulting gene-expression atlas for responses related to vascular development. The authors found that signals regulating root hair development began in the inner vasculature of the root with transcription factors that drove the production of the hormone cytokinin. Response cascades identified through the transcriptome database pointed to genes in epidermal cells that regulate root hair development.