- March 03, 2018
This weekend I went to the theater with friends to watch "Black Panther". Most of the times, I fall in sleep in the halfway of the movie. Fortunately, I didn't at this time. Apart from that, this movie implanted few questions in the viewer's mind. One issue is definitely about the "heart-shaped herb".

Mythology and Technology of Wakanda

The story of the movie went way back to the history of Wakanda and the futuristic technological advancement of the tribe. There is a subtle link between their past and future. Their groundbreaking future technologies are based on Vibranium. In the past, the place was crashed by a huge meteorite containing Vibranium. It caused massive radiation, stayed in their environment till today and undoubtedly changed the ecology of Wakanda. It shaped the plant life in that region. The radiation-caused mutation gave rise to a diverse plant kingdom, which is rare in the other part of the world. The heart-shaped herb was one of the examples caused by the radiation of Vibranium. This heart-shaped herb is a close family of Lily. The person who leads the tribe is allowed to drink the extracts of the heart-shaped herb. This is how the mythology and technology fall in the same place of this story.

Origin of the Heart-shaped herb

As we watched the movie, the heart-shaped herb is growing in a very specific place and kept separated from surroundings. It is carefully selected which simulates the selectional breeding scenario over the time. If we look properly, not all of the heart-shaped herb was glowing and picked for its purpose. It is a reminder of classic Mendelian genetics where segregation of a phenotype is common.

Fate of the Heart-shaped herb

When Eric Killmonger became the king, he destroyed the entire garden of the herb to pave the path for the next Wakanda's king. He wanted to be the last Black Panther. Fortunately, Nakia managed to pick the herb for T'Challa. 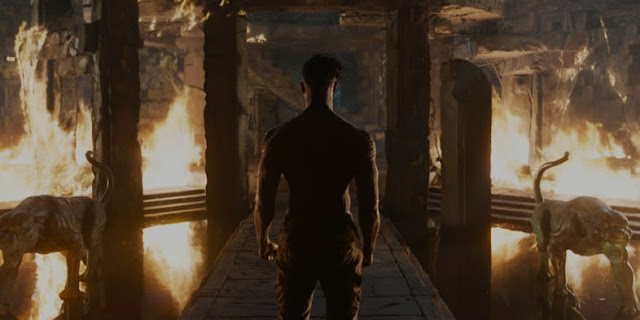 "Burn it all!"
"But my king, we cannot. This is Wakandan tradition for centuries."
"When I say shit needs to be done, I mean it."
―Erik Killmonger, threatening the Shaman

Is it possible to re-create the herb?

As Killmonger destroyed the garden, there is no more heart-shaped herb available. It is clearly a crisis for the rise of next the Black Panther. But, note to remember, the herb was found in the Wakanda's soil mutated by Vibranium. Their soil is still rich in Vibranium and they have the mountains full of Vibranium. So, the possibility of finding the heart-shaped herb in the Wakanda's soil is high. But, the herb they destroyed was carefully selected and nurtured, whether the newly found will be as efficient as that one, still remains obscure.

The example from the Balck Panther movie is completely fictional. But, the reason for sharing and analyzing these facts bring a bigger picture as a plant biologist to critically think and resolve the real issues happening around us every day.