- March 15, 2016
In the previous post about accidental ethylene discovery history, rather than mentioning it as only hormone, I refered also as pheromone. Because it can be produced by a particular plants and work on the same plant or neighbouring plants also. That means it can work as signaling molecule and we can consider it as pheromone.

Interestingly, Nobel Prize in Physiology or Medicine 1998 was awarded jointly to Robert F. Furchgott, Louis J. Ignarro and Ferid Murad "for their discoveries concerning nitric oxide as a signalling molecule in the cardiovascular system". With due respect to their discovery, "endogenously produced gas" acts as a "signalling molecule" and has capability to "penetrate the membranes" and "regulates the function of other cells" are totally fulfilled by ethylene, gaseous plant hromone discovered almost more than 60 year ago. 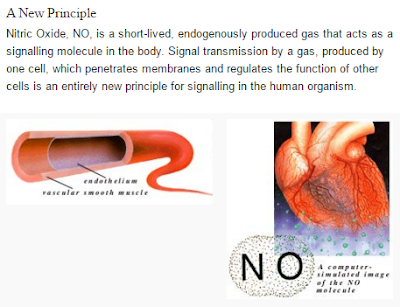 In 1901, Dimitry Neljubow showed the biological effect of ethylene and in 1934, Richard Gane showed that ethylene was produced by plants. And, if we follow the progress of ethylene research further, endogenously produced ethylene regulates many basic plant processes, ranging from seed germination to senescence. The most important agronomic property is the role of ethylene as inducer of fruit ripening and as a mediator of defense responses in plant pathogenesis.

Biosynthetic enzymes of ethylene have been isolated and characterized biochemically. The genes that encode these enzymes have been cloned, and their regulation has been described. The ethylene receptor has been identifed, and the ethylene signal transduction pathway is being elucidated in detail. These discoveries serve as the basis for biotechnological applications, for example, the genetic engineering of fruits whose ripening can be controlled and whose spoilage is, thereby, prevented. The discovery of ethylene as an endogenous signal molecule should be recognized as the first demonstration—by plant biologists— that a gas can serve as a signal molecule in the organism and that this constitutes an entirely new principle for signaling in biological systems. (Source: Hans Kende, Plant Biology and The Nobel Prize)

This controversial Nobel Prize award was really frustrating for plant scientists as ethylene was known as gaseous signaling molecule or phytohormone or pheromone for long time.

To explore more facts about ethylene with me, you are invited to follow next articles.