We are certainly at the age of cell biology. The improvement of optics, contribution of basic physics, combining the simple but powerful molecular biology to fuse fluorescence proteins for visualization has taken us to the unprecedented level of live cell imaging. How a protein moves from cell to cell, dynamics of cell division, the interaction between proteins wouldn't be possible to visualize without the facility of live cell imaging, which becomes kids' play these days.

It's hard to explain to friends and family what incredible things we do through this. I explain it with an analogy of telescope, as most of us are familiar with that. We use a telescope to see the unseen which is far far away from us. The telescope helped us to understand the universe and visualize objects which are light years away from us. In a similar fashion, a microscope helps us to observe smaller things which are impossible to monitor through our regular vision.

You can observe a lot by watching
- Yogi Berra 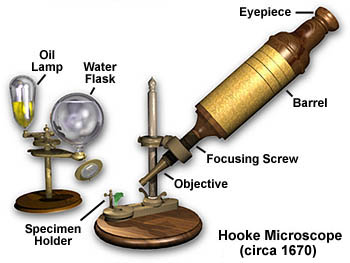 As we are talking about cell biology, Robert Hooke's book (Micrographia: or Some Physiological Descriptions of Minute Bodies Made by Magnifying Glasses) is fundamentally important as the concept of "cell" was first appeared in this book.

Interestingly, the biological term cell was coined based on Robert Hooke's observation of plant cell. Robert Hooke actually observed the dead cell walls of plant cells, also known as cork, under his compound microscope. He saw some repeated structures which were reminiscent of the cells in a monastery. This is how he came up with the idea of cell and still these days we call it cell. He illustrated and described the dead plant cell in his book and it was the first observation of a cell. Although, he did not observe the live cell and couldn't describe the sub-cellular compartments and so on, historically it's an important event for cell biologists.

The picture of the dead plant cell illustrated by Robert Hooke

As I always mention, we came to learn so many rudimentary concepts by studying plants and the observation of the first cell in the plant system is one of the examples from the cell biology perspective.
Basic plant science