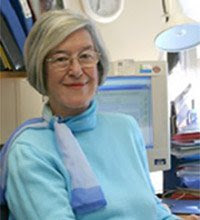 It with deep sadness that I convey this message. Jan Anderson died tragically early, on Friday 28 August. She suffered a fall at home and while in hospital, lapsed into unconsciousness from which she never recovered. Jan served ASPS (Australian Society of Plant Scientists) as president from 1992 to 1994 and was elected to the Royal Society in 1996. I had the privilege of working in her lab as a post doctoral fellow in the mid 1980s. Her passion was the light reactions of photosynthesis, a field in which she has left an indelible mark, breaking the dogma of equal proportions of photosystem one and two, demonstrating lateral heterogeneity in their location in thylakoid membranes, to mention but two. Although she suffered arthritis in one knee, her mind was as sharp as ever and she had just returned from the UK where she had been invited to celebrate Jim Barber’s birthday. Australian science has lost a wonderful colleague, but her example should be a beacon for the rest of us to aspire towards.

Wiki info:
Jan Anderson is a scientist from New Zealand, distinguished by her investigation of photosynthesis. She was the first to show that the photosynthetic mechanism comprises two fundamental components: photosystem I and photosytem II. Anderson was currently an Adjunct Professor at the Australian National University.
She has received many honors and awards for her work, including election as a fellow of the Australian Academy of Science in 1987, and as a Fellow of the Royal Society in 1996.